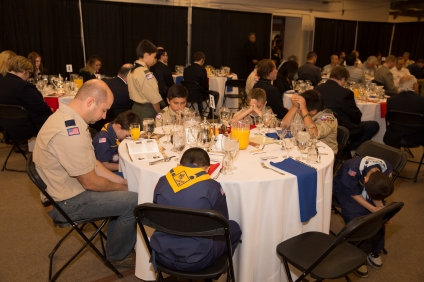 For 105 years the ideals and principles of “duty to God” and “A Scout is Reverent” set forth in the Scout Oath and Scout Law have been and will continue to be central to Scouting. Beginning Jan. 1, 2016, every rank for Cub Scouts and Boy Scouts will include a duty to God requirement. To be clear, duty to God has been a part of the Boy Scouts of America from the start. The first BSA Handbook for Boys, published in 1911, says “no boy can grow into the best kind of citizenship without recognizing his obligation to God.” 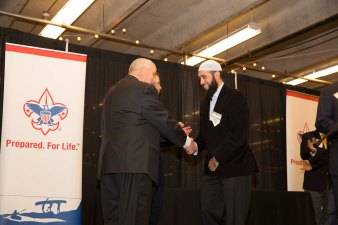 On November 4th, 2015 the Denver Area Council, Boy Scouts of America held its inaugural Duty to God breakfast where not only Scouts were recognized for their Duty to God within their Faith, but everyone in attendance had the great chance to witness history as a presentation was conducted to present the first ever Islamic charter partner within the council.  Their charter creating Cub Scout Pack 322, registered to the Denver Islamic Society.

This breakfast promoted the fundamental promise created by the Scouting founder Lord Robert Baden-Powell. In his original book on Scouting in 1908, he introduced the first edition of the Scout Promise, which was “on my honor I promise that I will do my Duty to God and the King, I will do my best to help others, whatever it costs me, I know the Scout Law, and will obey it”. Even though the Scout Promise has changed in the way it is written it has not in its fundamental principals, one of which is doing your Duty to God.

This breakfast is a great way to honor Scout youths for achieving religious awards within their religion and goes to show that even in this fast-paced world faith still has a hold on future generations and their values.

Those Scouts recognized at this event were the following: 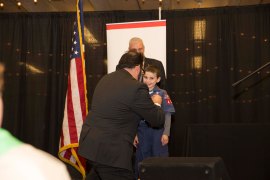